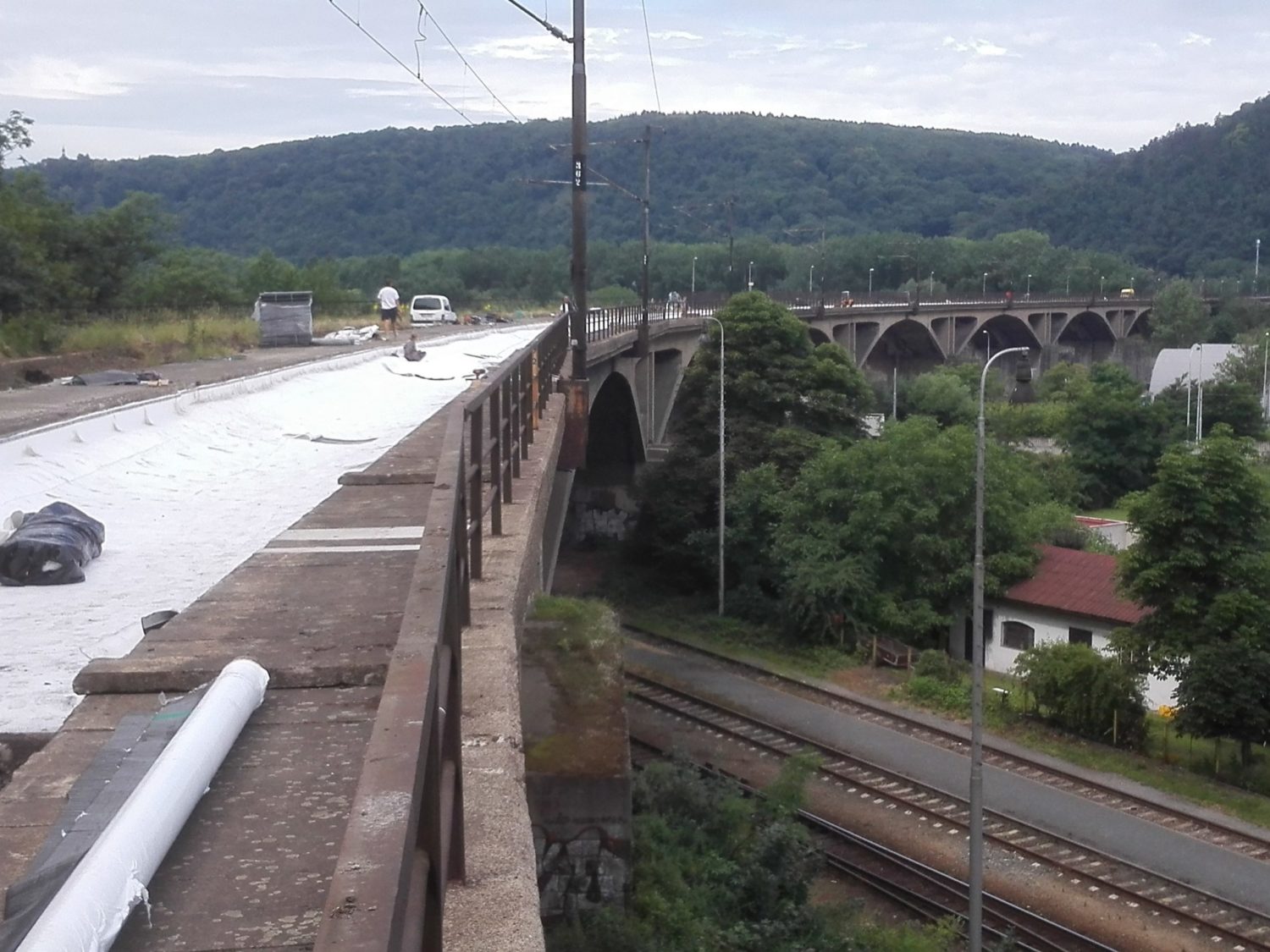 The Prague Bridge renovation was aimed at increasing rail traffic south of Prague.

This bridge over the Vltava River was built in the 1950s. This bridge is historical and well known throughout the Czech Republic. After the communist party took power in 1948, non-members working in the national administrations were assigned manual labour tasks. This symbolic act highlighted the pre-eminent role given to the working class and explains why the bridge was built by people from intellectual professions (lawyers, doctors, economists, administrative workers, etc.).

It is probably the only bridge in the world that was built by lawyers and doctors. For these reasons it is called the Bridge of Intelligentsia.

The railway bridge consists of a monolithic reinforced concrete structure and supporting arches with a specific thin shape. It has two tracks. One of the tracks is narrower to accommodate the configuration of a modern train in 1950. This track needs to be widened and re-profiled, and the waterproofing layer needs to be redone. 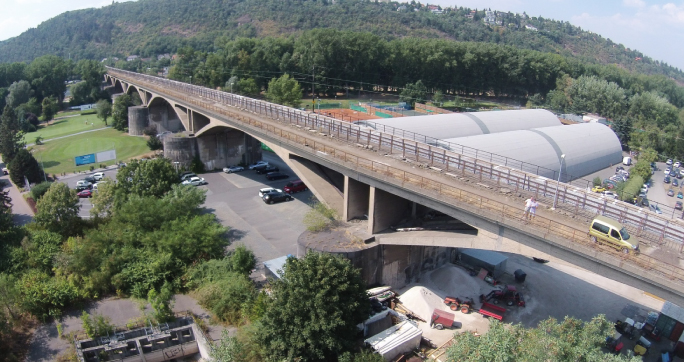 The proposed system, which was quicker, consisted of superimposing Coletanche ES4 and two 1000 g/m2 geotextiles below and above the geomembrane.

The width of Coletanche (5.1 m) matches a European railway’s standard size. The longitudinal installation of one piece of membrane connected to the other only every 55 m (the length of the Coletanche ES4 roll) is currently the most effective system for railway bridges in the world.

It only took four days to install the membrane and the entire job took 10 full days (including steel bar attachment and preparatory work).